Produced by Lingpao Media Group and the Slender West Lake Media Co.ltd, the movie warrior began shooting on October 10, 2017 in Hengdian China! This film,which advocates socialist core values, is a gift to the 19th CPC National Congress. Inspired by the prototype of historical figures, this film is a memoirs of some Chinese veterans who have experienced the Anti-Japanese War. 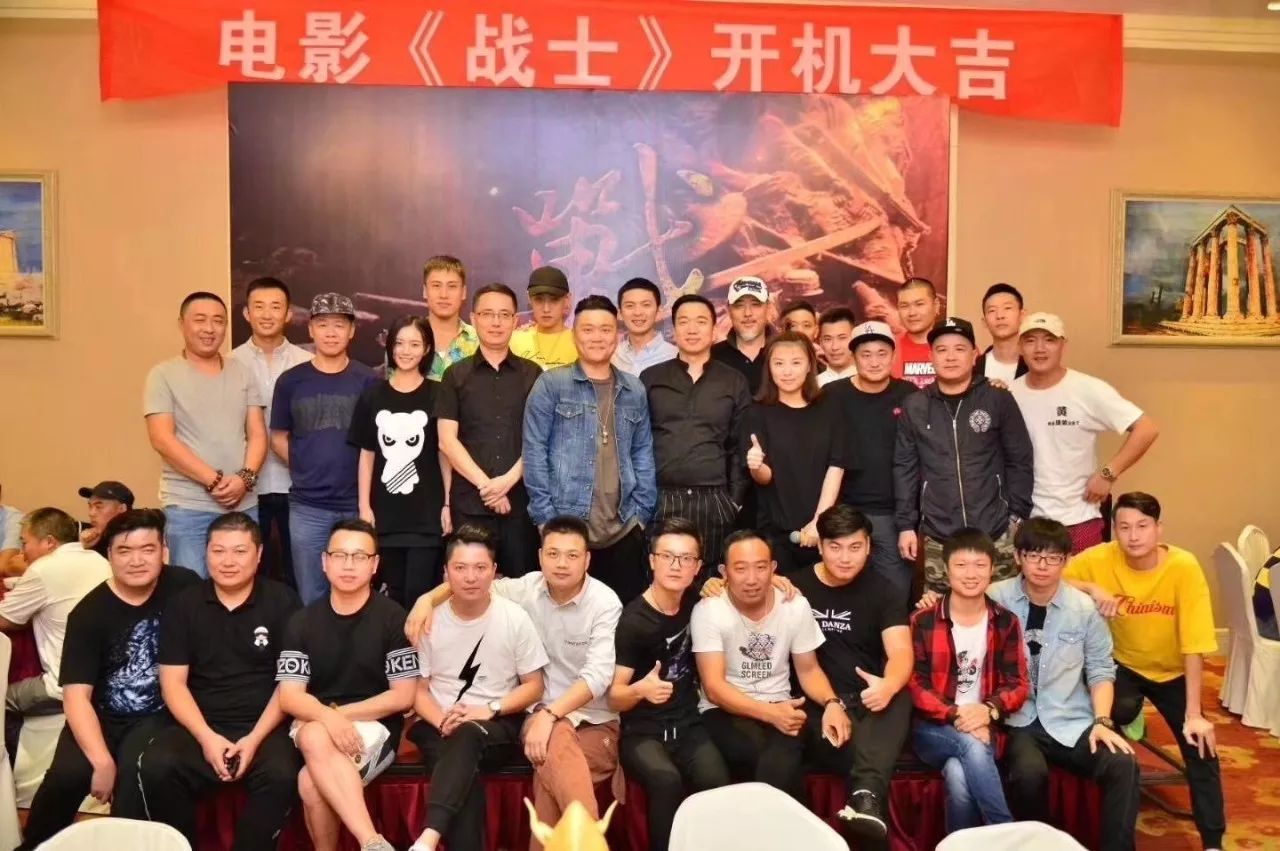 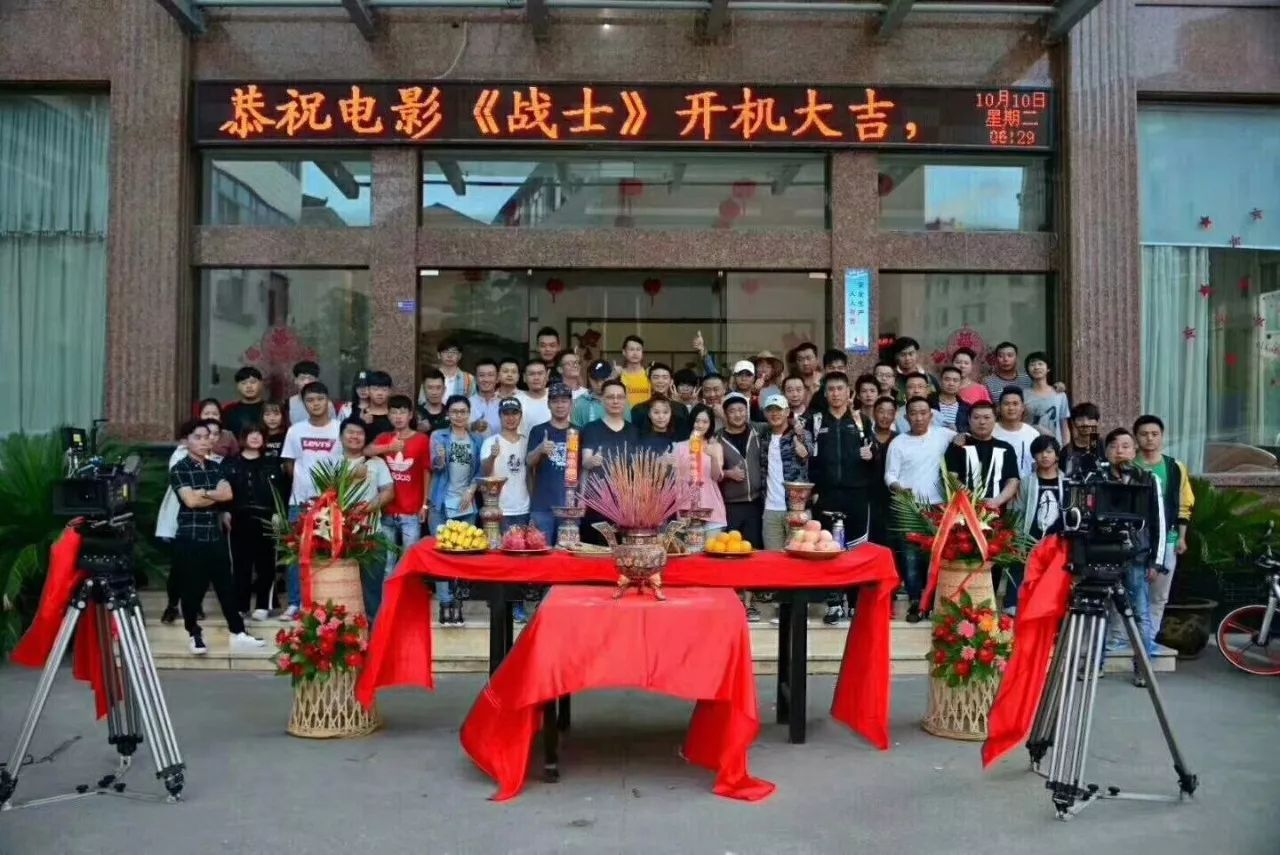 Synopsis: In front of the monument to the revolutionary martyrs, Wang Er, a veteran of the Anti Japanese War, recalled his predecessors, mentors and comrades-in-arms. In those war-ridden years, the Japanese invaded a village where Wang Er lived. At that time, Wang Er was only 15 years old, and he was too young to endure the pain of war. But fortunately, some soldiers of the Eighth Route Army rescued him, and then he got acquainted with the prudent monitor Zhao Zhen, the clever investigator Zhang Peng, the careless safeguard Sun Dazui, cautious Liu Gui, the imperturbable sniper Zhou Dabao, the kind-hearted assistant nurse Ye Lin and a Japanese soldier Kobayasi who was against aggressive war. In the movie, they were separated from the main force in order to rescue Wang Er, so they had to struggle to find the main force through the enemy blockade. In the baptism of the flames of war, each of them faced with the challenge of self-break and self-realization... 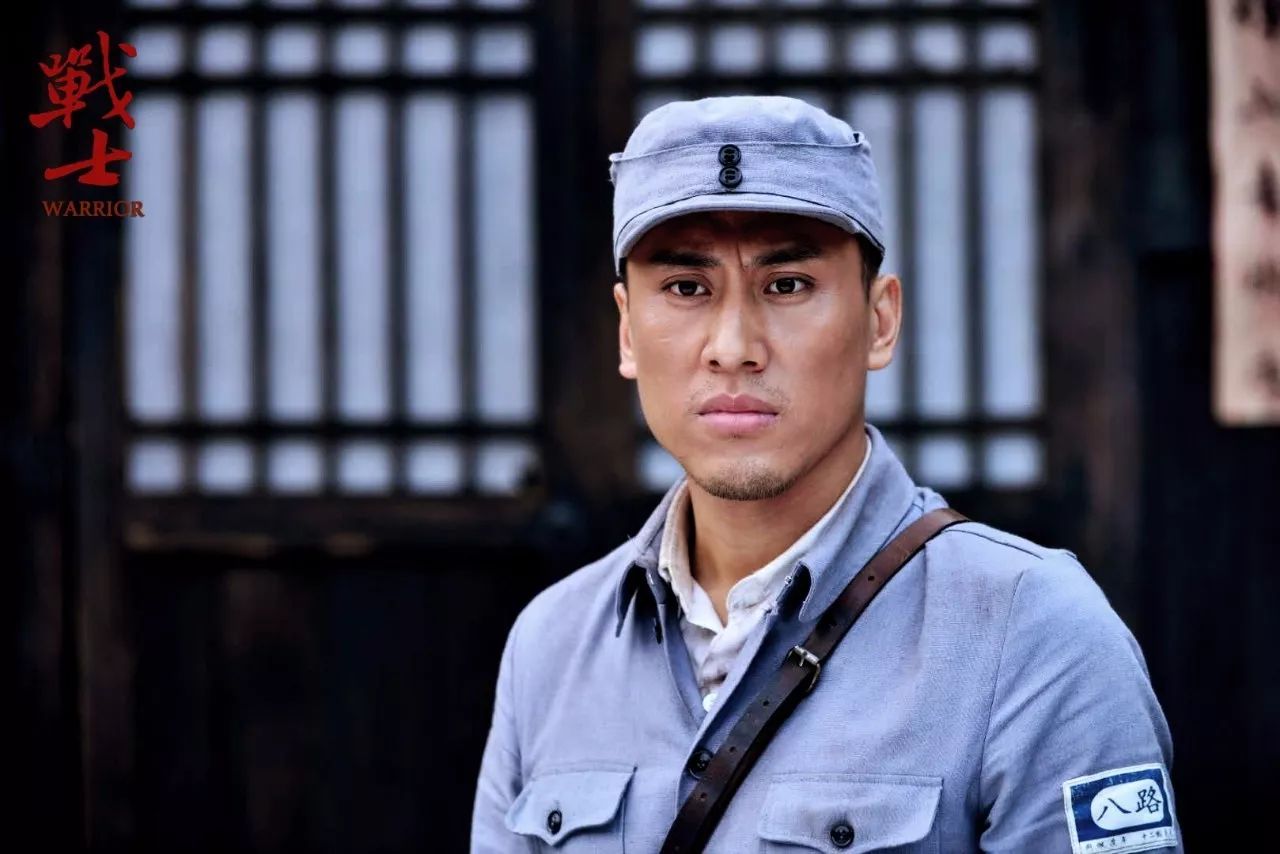 Zhao Zhen(Portrayed by Ming JIang): Company commander, 27 years old, well-educated. He was both gentle and aggressive. These two characters made him has a special charm which influenced many soldiers who was in the same camp. 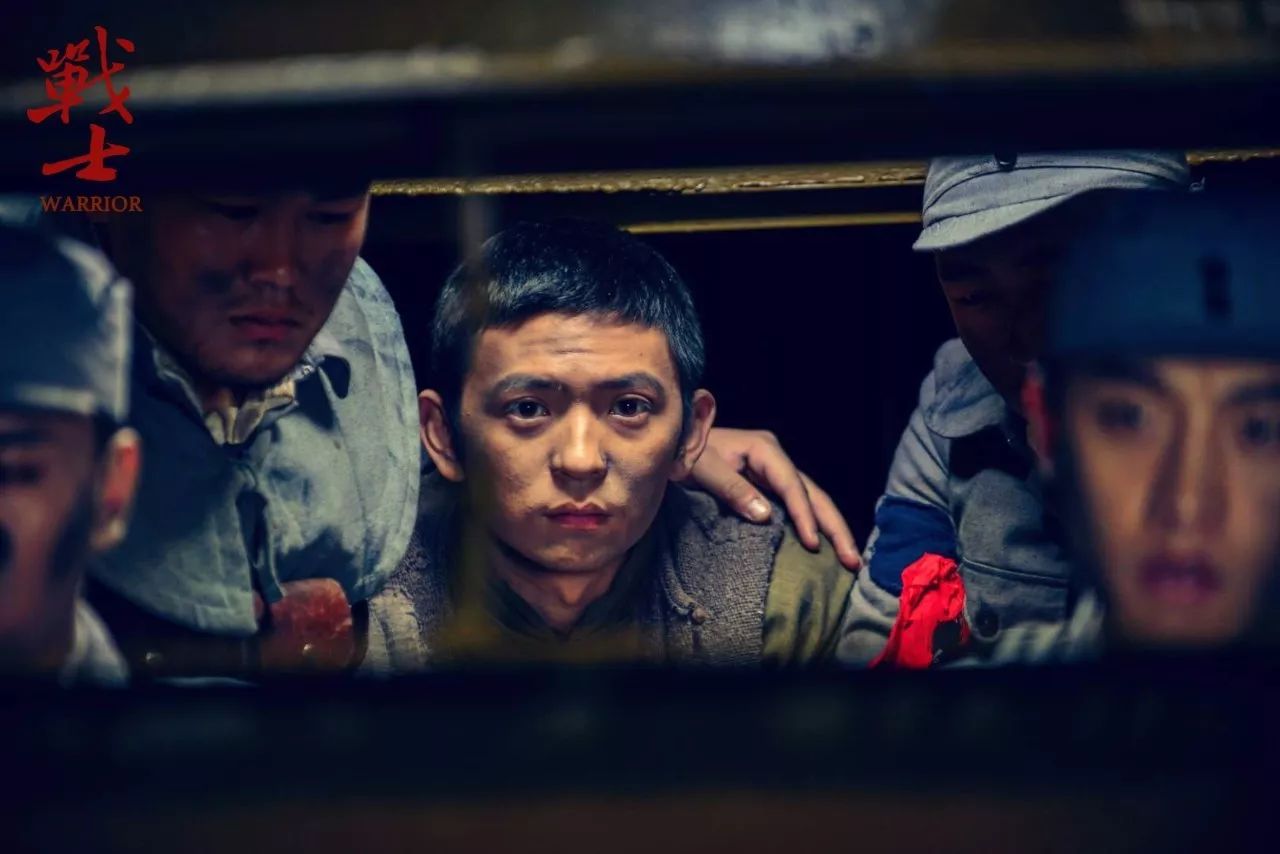 Wang Er( portrayed by Tong Ange): 15 years old, farmer’s son. His father left the village when he was very young and his mother also left in order to find his father, so he was raised by his grandma. Under this situation, Wang Er became very timid, careless and overcautious. 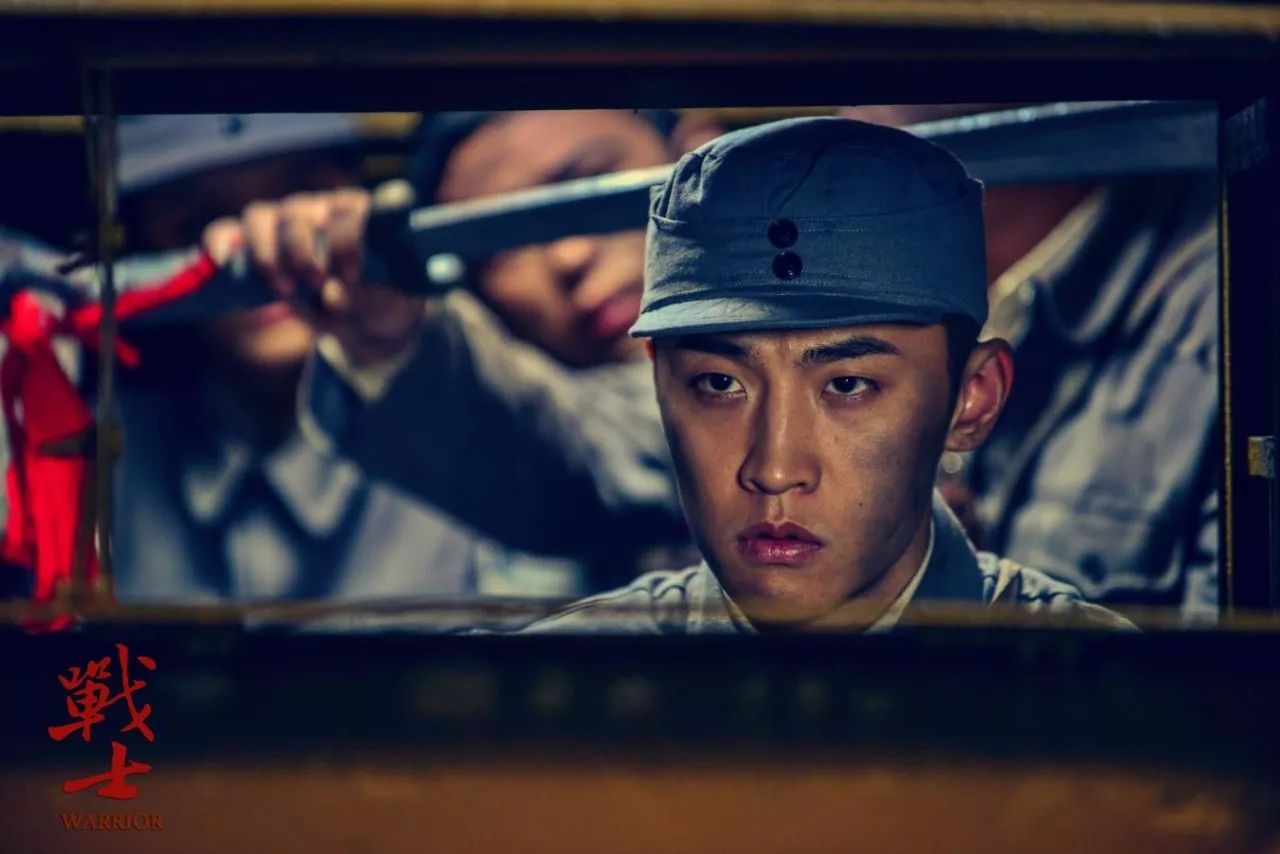 Kobayasi( portrayed by Zhan Mu): Japanese surrender soldier, 24 years old. He was the second child at his family, and was educated by Bushido spirit. His brother died because of the war, and then when he came to China and saw the aggressive war was just like a horrors of hell, he started to doubt the sense of the justice of the war. 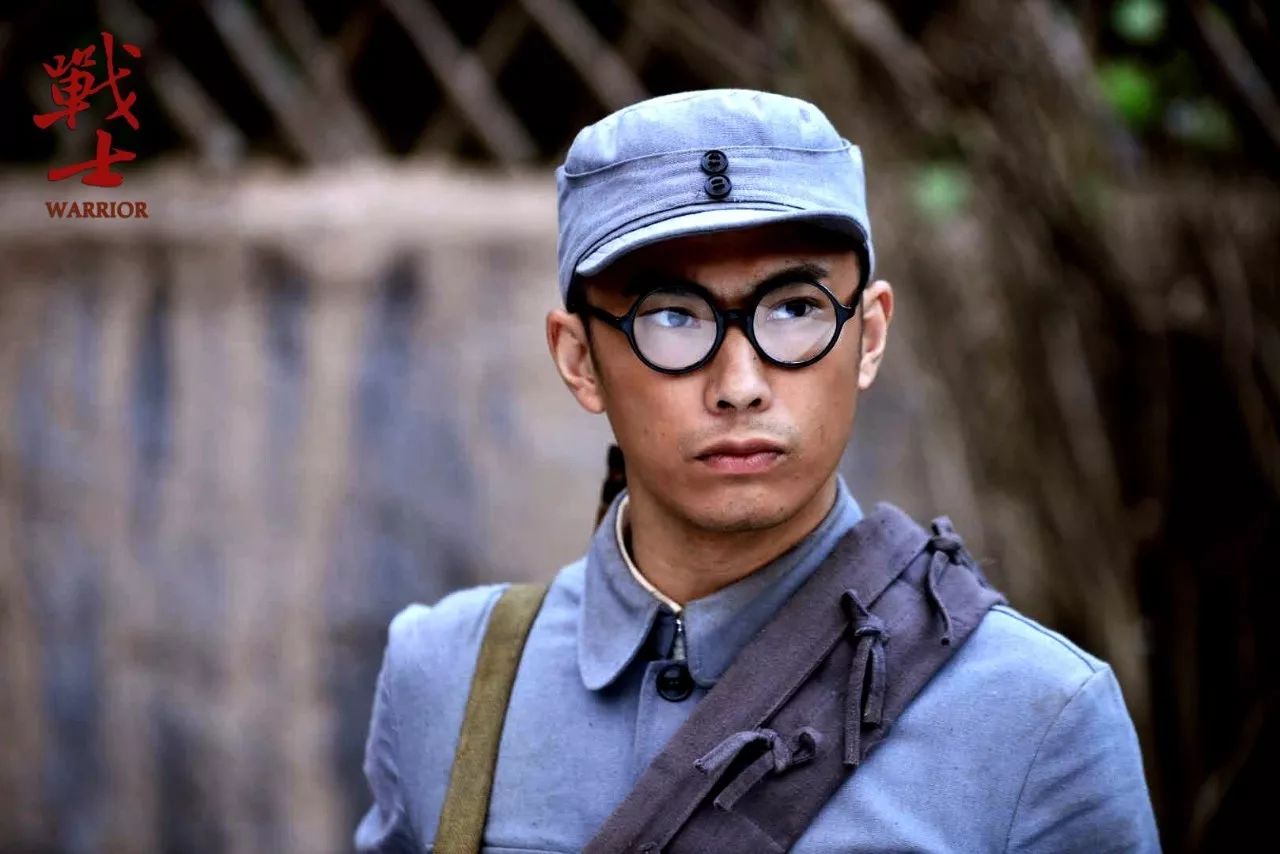 Zhou Dabao( portrayed by Jia Rui): Around 20 years old. With a good vision and good stability, he was good at shooting. After being explored the potential of shooting by Zhao Zhen, he practiced hard under the supervision of Zhao Zhen. 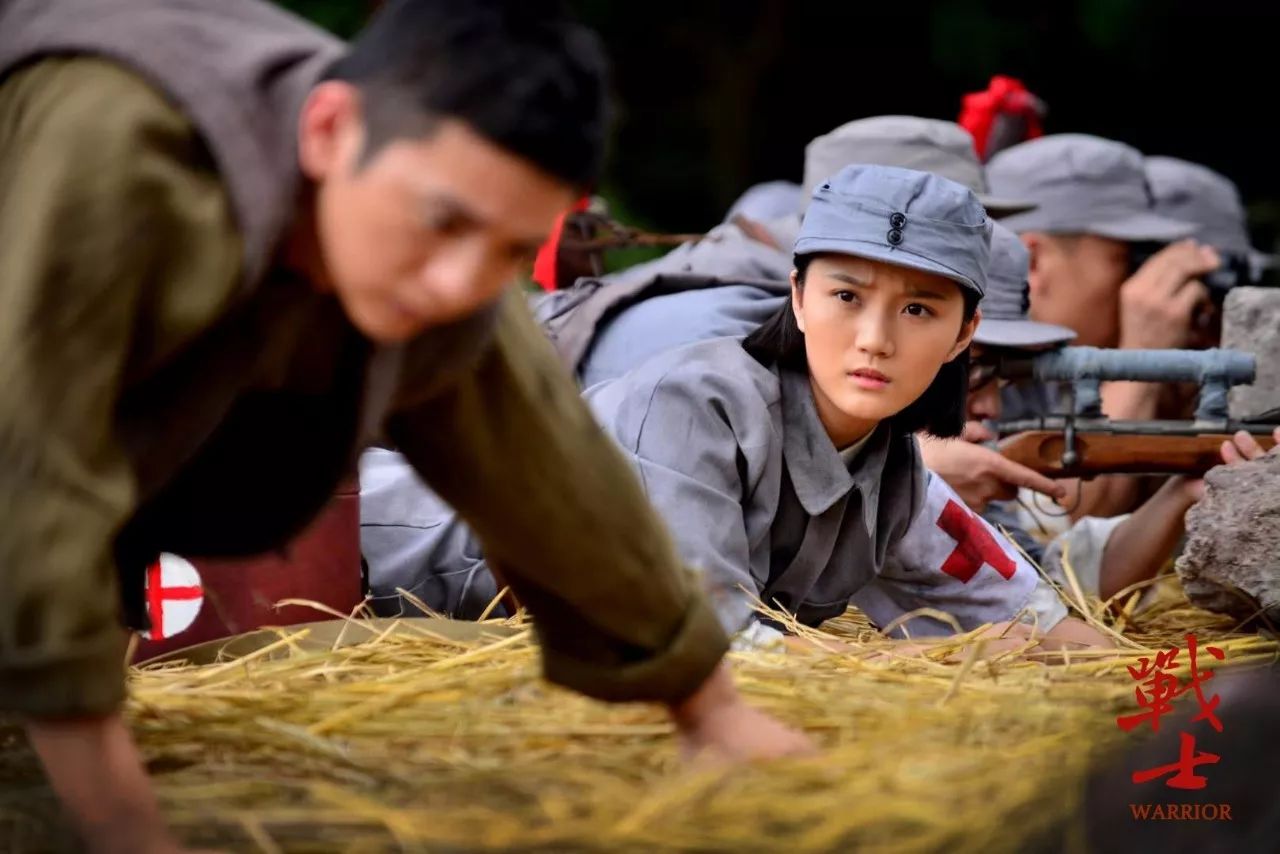 Ye Lin( portrayed by Gao Weiman): Assistant nurse, 24 years old. Well-educated, idealist. Just because of this kind of idealist, she saw the unique character of Zhao Zhen and thus had a vague emotion to Zhao Zhen. 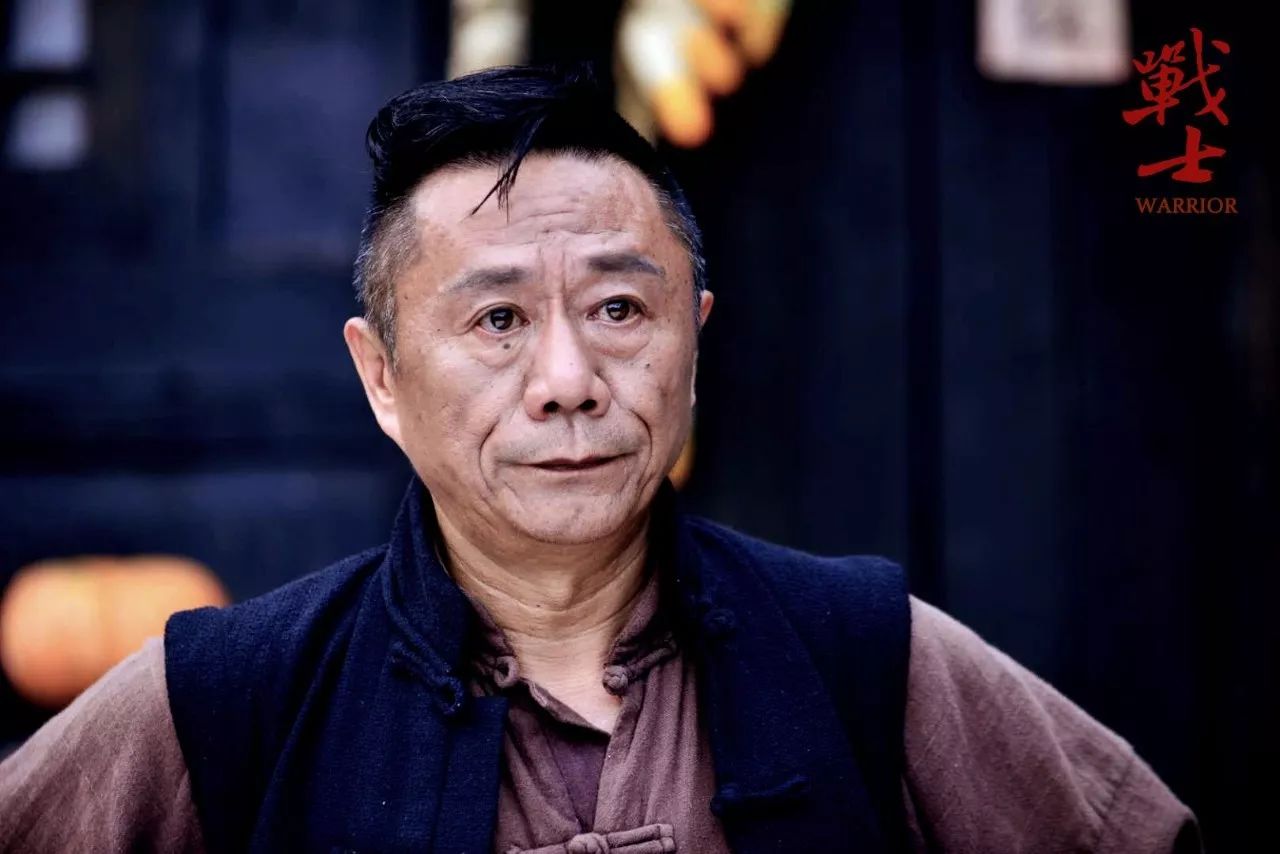 Village Head( portrayed by Lin Baohua): Around 50 years old. As a village head, he was enthusiastic, imperturbable and responsible, who always put the safety of the villagers in the first place. And with his wealth of experience, he can always stay rational and make the right choice at the critical moment. 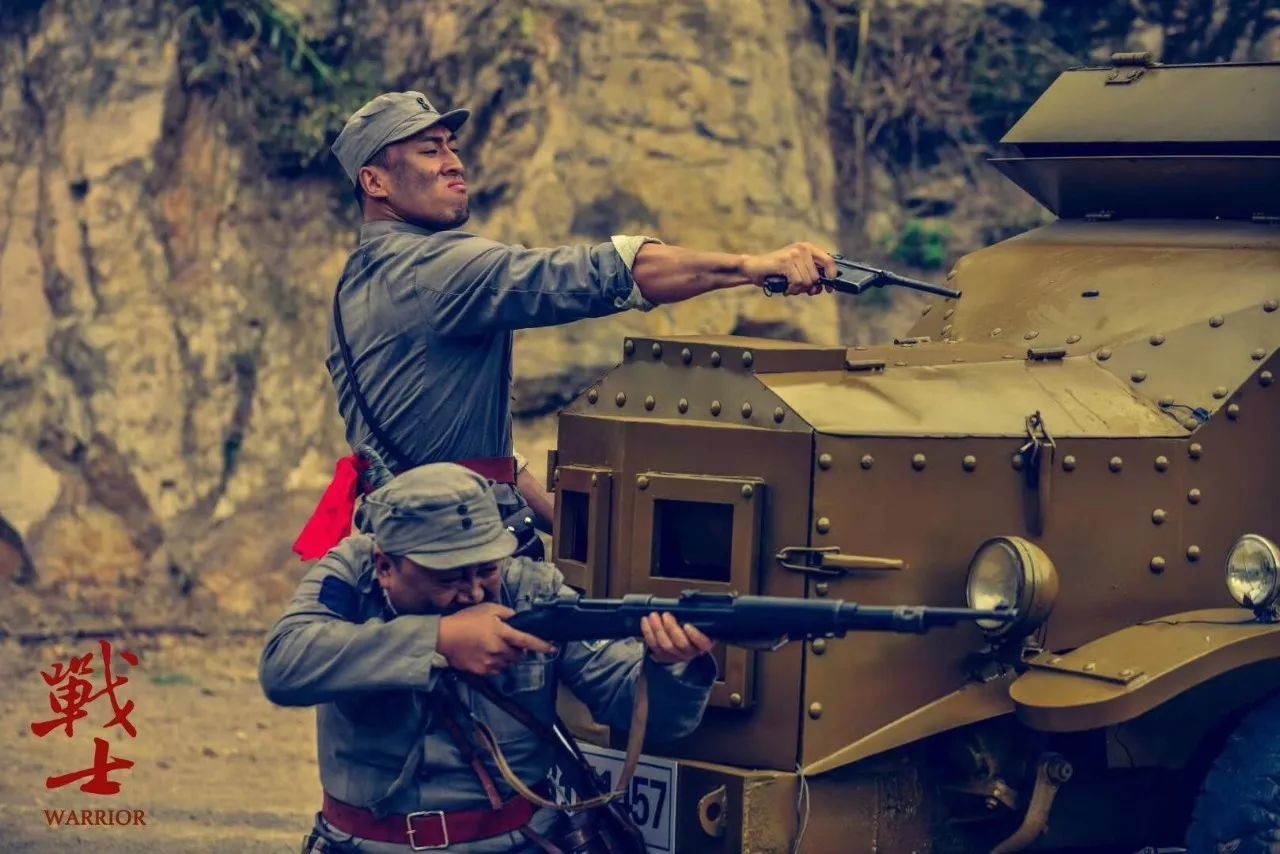 Inspired by the prototype of historical figures, this movie is trying to show the cruelty of the Anti-Japanese War and the indomitable will of Chinese ethnic peoples by telling a story of a class of the Eighth Route Army. 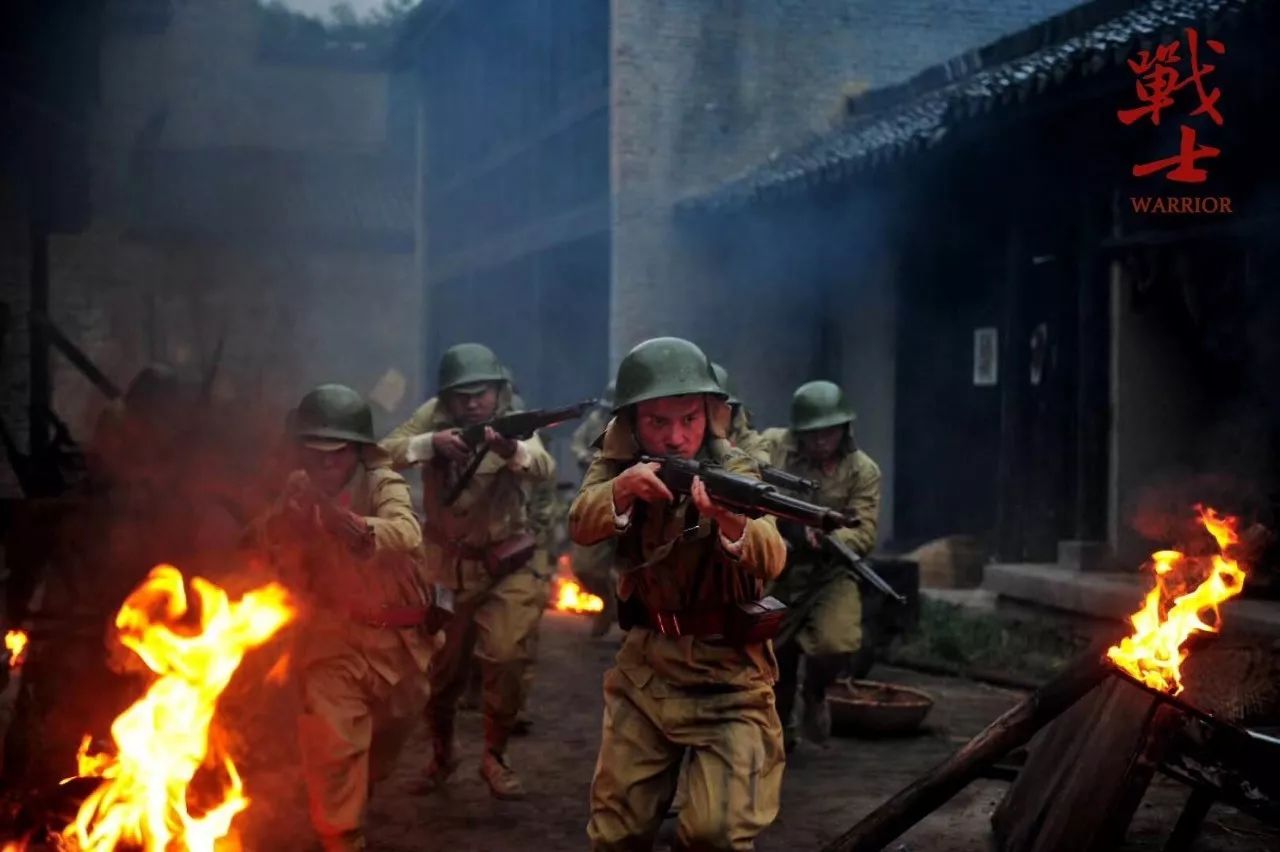 According to the prototype of historical figures, this film sets a Japanese soldier with conscience, who hated the atrocities of the Japanese invaders, and then took refuge in the Eight Route Army. Kobayasi not only needs to face his compatriots, but also needs to be under the suspicion of Chinese people around him. This kind of complex characters create huge and dramatic conflicts. 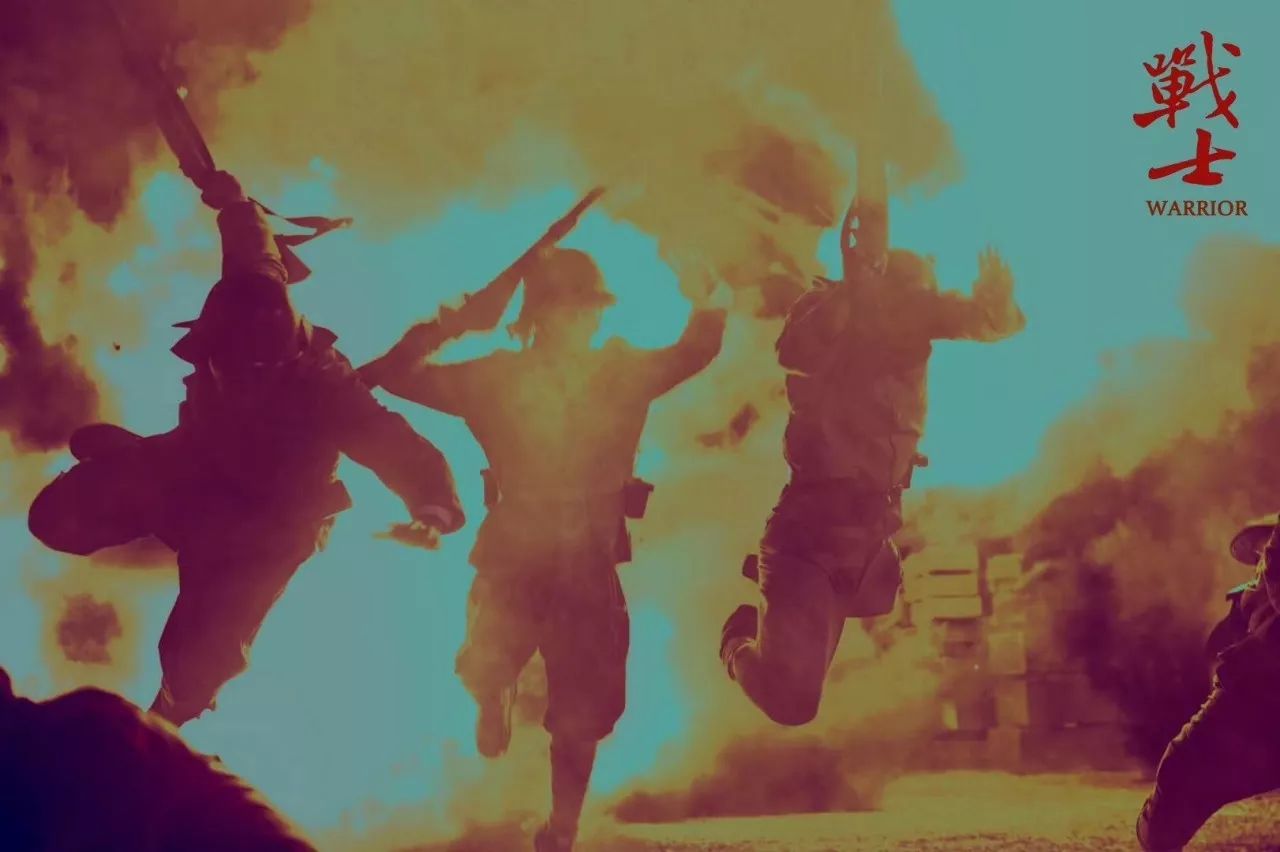 War is cruel. In the movie, everyone is not perfect and even has some flaws. Sometimes they may be cowardly, suspicious, sometimes reckless, but what remains constant is the sincere heart of fighting for the national interests!

As the first theatrical film of Lingpao Media Group, Warrior is a “Main Melody” film which is full of positive energy. Lingpao Media Group always emphasizes the importance and necessity of advocating the core values through films, and we believe this movie Warrior will be the best prove!